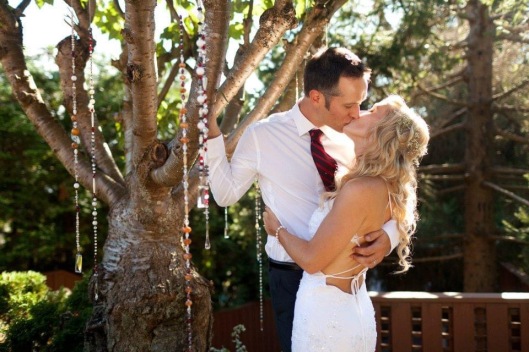 I remember, the day was hot and dry.

The green leaves danced in the tree

From a calm breeze.

The white and red crystal sun catchers hanging from the branches caught the corner of my eye.

Our little girl so bravely walked to her daddy,

With familiar faces gazing upon her.

My father took my hand. My mother met us half way.

The music played, and led me down to you.

Our eyes met. I walked to you, to claim forever.

I brushed a tear from your eye and smiled.

We spoke the words we wrote to declare our love for each other.

I had already felt you were my forever, for awhile.

We danced and held each other like it would be our last;

Even when we knew it was just the beginning.

Forever yours. Forever mine.

Eight years ago; and the sun still shines. 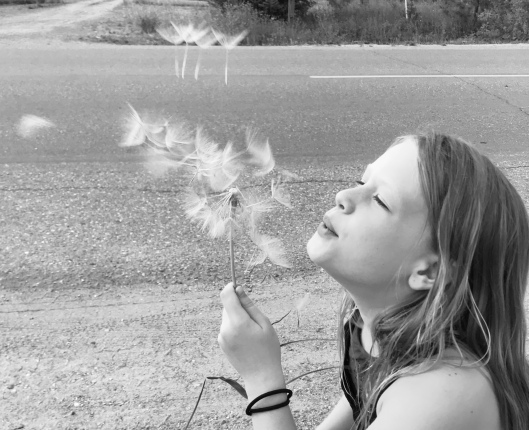 We walked along the train tracks
And blew wishes from the dandelions.
She sang about bluebells and held buttercups under my chin.
She was my favourite companion.

The school bell would ring,
And out I would run.
And there waiting in the field for me
Was none other than my Mom.

She’d ask, “Should we go along the tracks today?”
My answer was always, “Yes.”
And off we would go, without much thought.
Blowing wishes to our hearts content.

I’d walk along the rail, sometimes quite far ahead.
And as I grew up, farther away I’d go,
But one thing I always knew:
Even if not in sight, my Mom was always with me; that’s forever true. 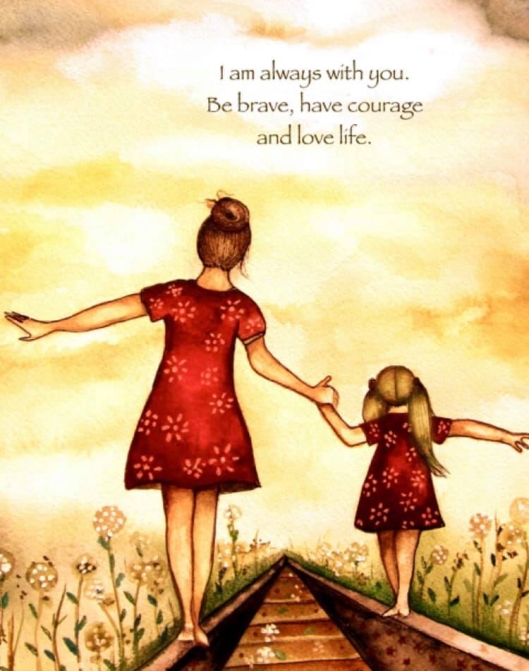 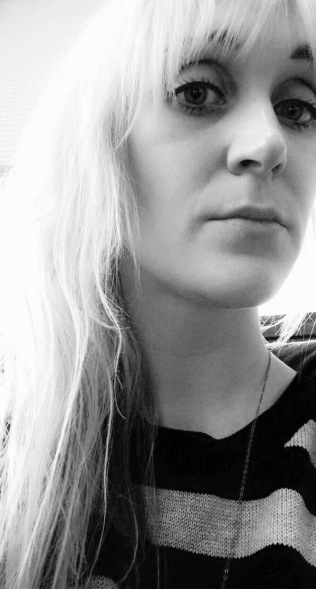 When I was 5 years old (or maybe 6) my Mom brought home a piano. It was an electric piano, and it was beautiful. I remember how smooth the keys were, and how it had a number of buttons on the top of it. If you pressed one, the sound of the keys would turn into a ‘harp,’ or ‘voices’ or ‘chimes.’

Mom, with her curly red hair, sat down on the black leather piano bench, and opened a piano book. The notes on the sheets looked strange, and beautiful. And my Mom played a song. It was a nursery rhyme or something. I was fascinated that she knew how to read those notes on that sheet. She was so gorgeous. I think I may have fallen in love with the piano at that moment.

My older sister started piano lessons first. And whatever my sister did, I always wanted to copy, being a younger sister and all. So shortly after, my Mom started me in them too. Our piano teacher’s name was Peggy. A friend from my elementary school also had Peggy as her piano teacher. I remember Peggy speaking about my friend to my Mom and saying, “Leanne. What a beautiful name. I’ve always loved the flow of the name, Leanne.” I remember feeling slightly jealous.

I liked Peggy. She had a soft voice, kind eyes, and blonde hair that was often pinned up. She had porcelain skin and pink cheeks. She only wore dresses or skirts. I think she was rather short, and she was plump, not overly, but just plump. She was perfect.

Other than my little dog Pumpkin losing his mind when she knocked on our door, I always knew she was arriving – I could hear her coming. She wore black heels every lesson. Not super high, but ones that clacked when she walked (I liked the clacking – I wanted to have clacking shoes one day).

At first, piano was pretty easy. Then theory came into play, and I found it challenging. It felt like math, and math was not my thing. But playing the piano, that was fun. Peggy I believe learned music from the Toronto Royal Conservatory. She came to our house to play, and we didn’t have recitals (perhaps that’s why my piano is typically played without an audience, and I’m okay with that).

Years past, and Peggy kept coming, and I kept playing. I’d try to complete my theory homework, and started losing interest, like a lot of kids do with hobbies when they become hard. But what I loved most was how each week you were assigned a new song. She’d come in with her sheet music, and tell me what song I’d be playing next. It was thrilling. I was always excited to get a ‘pop’ song that I recognized. However, what I learned was that the best songs to play were actually the classical songs. I became obsessed with Beethoven’s, “Fur Elise.” It’s the only song I know pieces of by heart (no reading).  Eventually, my older sister stopped seeing Peggy. I think piano was the first thing that I actually stuck with on my own – no friends, no sister, just me.

Eventually, I told myself I’d stop seeing Peggy when I felt like I could play any piece of music that was put in front of me. I’m no musical genius, but what I mean by this, is that I wanted to be able to read the music, and be able to practice a song until I was good at it – no help.

Piano lessons were sometimes awkward. Some lessons I played a song and Peggy would know I probably practiced one or two times since the last lesson. But she never said anything. Those sessions, she’d just say, “I think this was a tough one. Why don’t you stick at it for another week.” She was kind. She never made me feel bad about it, and I never felt pressure. Perhaps this is why I stuck with it for so long – it was always about enjoyment and love.

Somewhere around 9 years old, I overheard Peggy tell my Mom that I was natural at playing. This was one of the best memories I had. It’s funny how hearing someone you admire say something positive about you can stick with you for a lifetime. You should have heard Peggy play. She was m-a-g-i-c-a-l. Her hands were very tiny, and her fingers were short and soft. They were delicate. And they gently bounced along the keys and it was simply effortless. Her fingers just knew where to go at precisely the right time.

I don’t remember my last piano lesson with Peggy, but I believe I was in grade 8, so around 14 years old. I don’t even remember saying goodbye to her, and that it would be the last time I ever saw her. Did I block this? How do I not remember. This bothers me.

Around 20 years old, I couldn’t make up my mind if I liked the treble clef or bass clef better. So I had both tattooed on the back of my neck. My musical stamp that I often forget is there because I can’t see it. At 31 years old now, it’s taken me growing up to realize how much I appreciated that teacher of mine. I may not be the best piano player, but I still know how to play and that’s all I ever wanted. And there will always be something special to me about musicians that can tickle the ivories – it deeply moves my soul to hear. Neil Young, Alicia Keys, Ray Charles, Sarah McLachlan, Chris Martin, Billy Joel, John Lennon… Lady Gaga (who knew?).

Sometimes when I’ve spent a long time absent from piano, I get an incredible feeling of homesickness and need to play for a good 2 hours straight. The electric piano my parents let travel with me from home to home. It has lived in 4 different homes with me. A best friend of mine recently asked me if I wanted to have her now past grandmother’s piano – I was floored and grateful. I’ve never owned an acoustic piano and have always wanted one. The touch of the keys are the most different part from playing an electric. I love that it’s old, and has a history, a story. It’s as if I’m keeping it alive. Currently I’m going through house renos and this piano is covered up with blankets to keep safe, and boxes piled around it in an unfinished basement. I can’t wait to free it and embrace the sound. My old electric baby is back at my parents’ place safe and sound. It sits in the same spot as when I played as a teenager. It is back home.

Piano—to me—is something I can rely on. I can play songs for whatever mood I’m in and music will come out just as it should, as if it’s listening to me. I adore the contrast of black and white. The melancholy. The depth. The intensity. It’s an addiction. It’s memory, present and future.

I met my daughter when she was 1 year old. She’s turning 10 in April. Time is such a mystery. Her middle name is Elise. I always knew there was something about that song.

“We are freed from limitations.”

Many were living alone,
trapped within our sorrow.
Unsure of purpose, dwelling on past,
dreading the mundane of tomorrow.

We needed to make sense of ourselves
in order to discover what lay within.
A metamorphosis of our spirits
could only lead to emancipation.

A transformation from being alone,
to independence found together.
We emerge reborn and limitless,
unbound and free — forever.